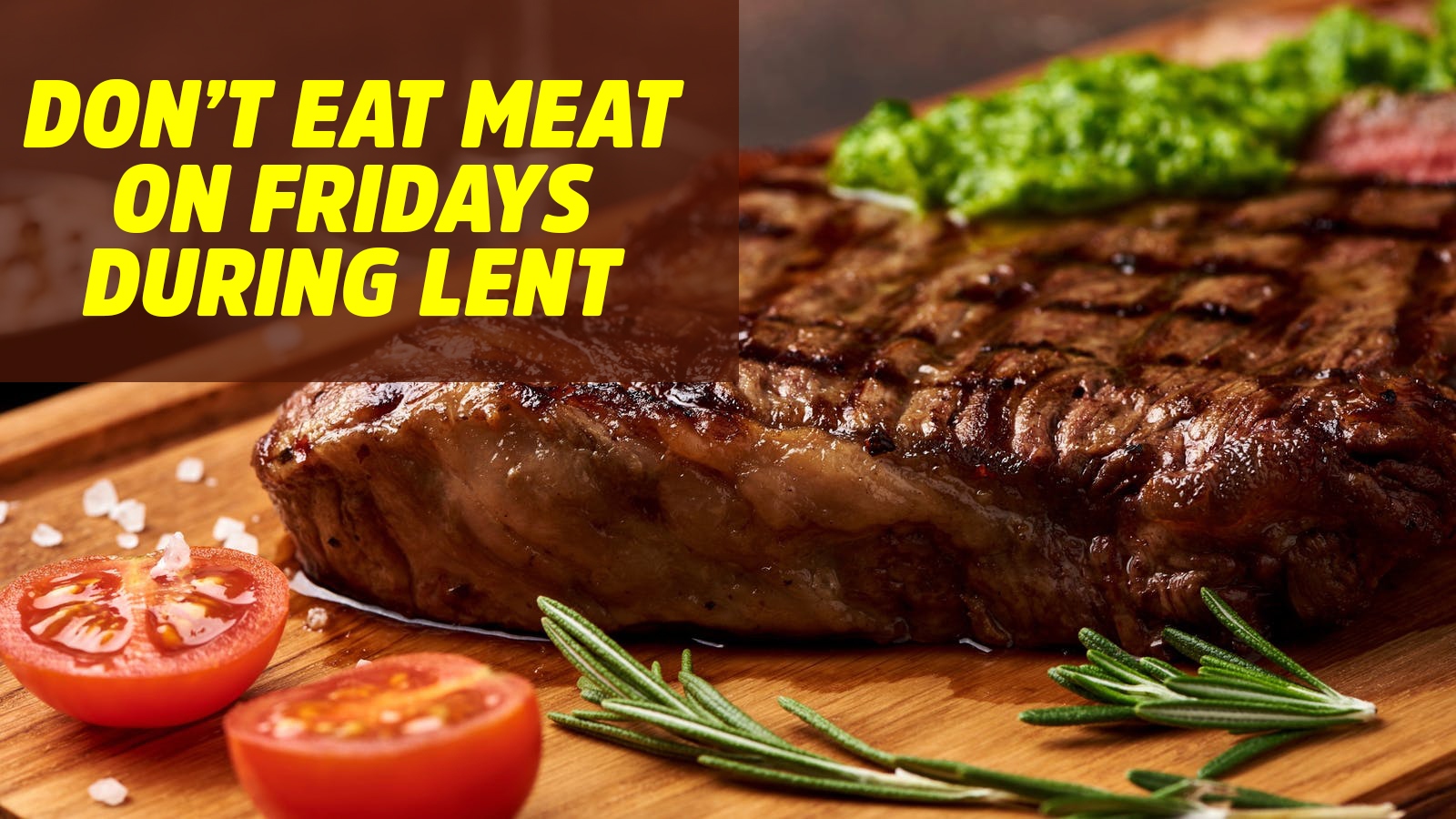 And why fish is on the menu instead

You know you are in a Catholic town when, only during Lent, every single restaurant advertises one item on their menu: fish! I have even noticed how major fast-food chains point out on their fliers the date of Ash Wednesday! Suddenly everyone cares about the liturgical seasons of the Church!

So why is it that the Church instructs Catholics to abstain from meat on Fridays (as well as Ash Wednesday and Good Friday), but gives the “thumbs-up” for Catholics to eat fish? Sounds fishy to me!

First of all we must ask the question, “why Friday?” The USCCB gives a succinct explanation:

Catholic peoples from time immemorial have set apart Friday for special penitential observance by which they gladly suffer with Christ that they may one day be glorified with Him. This is the heart of the tradition of abstinence from meat on Friday where that tradition has been observed in the holy Catholic Church.

Since it is believed Jesus Christ suffered and died on the cross on a Friday, Christians from the very beginning have set aside that day to unite their sufferings to Jesus. This led the Church to recognize every Friday as a “Good Friday” where Christians can remember Christ’s passion by offering up a specific type of penance.

For much of the Church’s history meat was singled out as a worthy sacrifice on account of its association with feasts and celebrations. In most ancient cultures meat was considered a delicacy and the “fattened calf” was not slaughtered unless there was something to celebrate. Since Fridays were thought of as a day of penance and mortification, eating meat on a Friday to “celebrate” the death of Christ didn’t seem right. (As an aside, some bishops have chosen to lift the ban when Saint Patrick’s Day falls on a Friday during Lent, as it is considered a “solemnity” for many Irish Catholics.)

But why is fish not considered “meat”?

According to the USCCB, the laws of the Church classify the abstinence from “land animals.”

Abstinence laws consider that meat comes only from animals such as chickens, cows, sheep or pigs — all of which live on land. Birds are also considered meat.

Fish, on the other hand, are not in that same classification.

Fish are a different category of animal.  Salt and freshwater species of fish, amphibians, reptiles (cold-blooded animals) and shellfish are permitted.

In Latin the word used to describe what kind of “meat” is not permitted on Fridays is carnis, and specifically relates to “animal flesh” and never included fish as part of the definition. Additionally, fish in these cultures was not considered a “celebratory” meal and was more of a penance to eat.

Our current culture is much different as meat is generally considered the cheaper option on the menu and no longer has the cultural connection to celebrations. This is why many people are confused about the regulations, especially those who love to eat fish and do not consider it a penance.

In the end, the Church’s intention is to encourage the faithful to offer up a sacrifice to God that comes from the heart and unites one’s suffering to that of Christ on the cross. Meat is given as the very basic penance, while the purpose of the regulation should always be kept in mind.

For example, it does not necessarily give a person the license to eat a lobster dinner every Friday in Lent. The whole point is to make a sacrifice that draws a person closer to Christ, who out of love for us made the ultimate sacrifice a person can make.