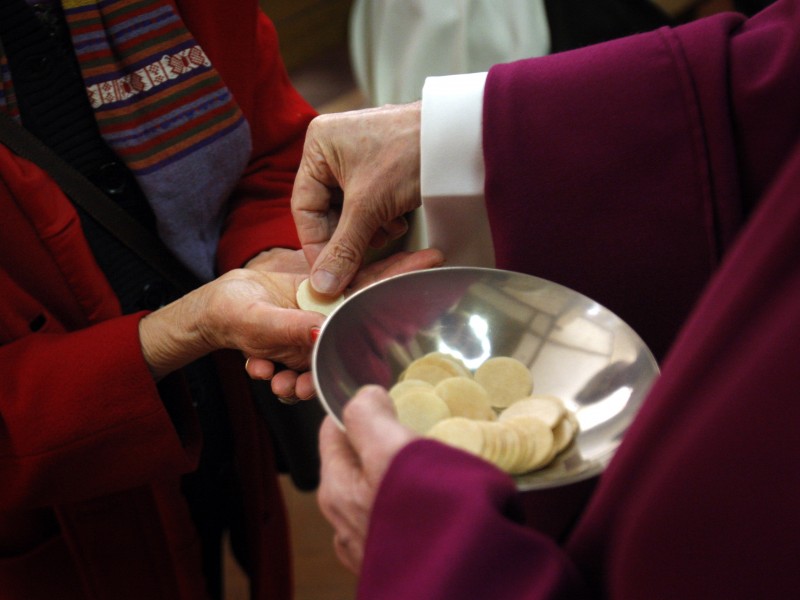 She got as far as the cemetery when this happened …

During the 15th century, in the small village of Ettiswil, Switzerland, a miraculous event occurred after a terrible crime was committed. A consecrated Eucharistic host was stolen from the nearby parish church by a member of a satanic sect. Her name was Ann Vögtli and she dashed out of the church with the Eucharist in hand.

The exact reason for her actions is not recorded, however consecrated hosts are frequently stolen from churches to be desecrated by satanic groups. This occurs often during a so-called “Black Mass,” where a Catholic Mass is mocked with bizarre rituals. One of the most popular days of the year for these “Black Masses” is Halloween, considered a satanic “holiday” for many groups.

After leaving the parish church, Vögtli ran until she reached the cemetery wall. She tried to pass it, but immediately the Eucharist became too heavy to carry. Vögtli later confessed the following story, “Having slipped my hand in the narrow iron gate, I got hold of the large Host. But as soon as I went beyond the cemetery wall, the Host became so heavy that I was unable to carry the Sacred Host any longer. Being unable to go forward or to go backward, I threw away the Host, close to a fence in the nettles.”

A young lady discovered the Eucharist in the nettles, but the host was transformed into what looked like a flower. She explained that “the stolen Host [was] divided in seven Sections. Six of the Sections formed a flower similar to a rose and a great light was surrounding Them.” The parish priest was informed, and while he was able to pick up six of the sections, the seventh was immovable. He took this as a sign that a chapel was to be built at that location.

A relic containing the miraculous host was enshrined in the chapel built there, and numerous miracles have occurred over the years to those who venerated the relic. The story is a great reminder of the power of God and his ability to bring a greater good out of something horrible.