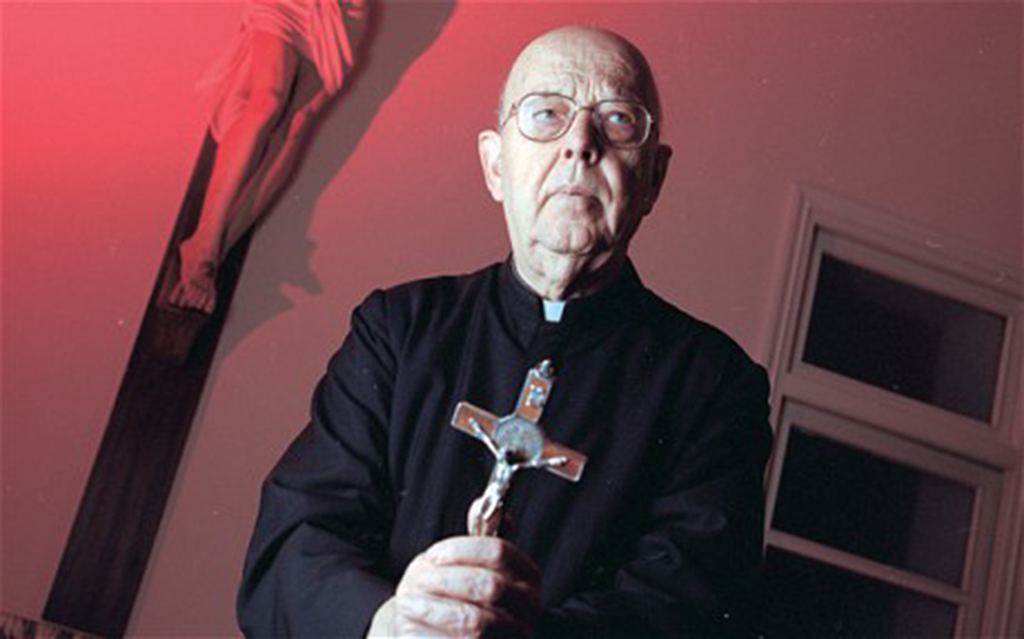 The 80-year-old Mexican exorcist, Fr. Francisco López Sedano, in a recent interview claimed to have practiced approximately 6,000 exorcisms during 40 years of service and we want to share 4 things he learned.

1- The devil is a person and not a thing

The priest said that when a person talks to the devil “he does not talk to a thing, he talks to a person” , as Jesus confronted him many times and talked to him.

He warned that what the evil one likes most “is to separate us from God, to frighten us, to threaten us, to make us tremble”, “with laziness, tired, sleepy, distrustful, desperate, with hatred and all that is negative”.

2. The devil enters people because they allow

Father López emphasized that some people allow the devil to enter them, because “he would not come to us unless we opened the door for him.”

“Therefore, God forbids practicing magic, superstition, witchcraft, witchcraft, divination, consultation with the dead and with spirits and astrology. These are the seven lands of lies and deceit. ”

“Believing that the stars influence our lives is a big lie. They are millions of miles away! Are bodies made up of metals and gases, how will they influence us? The same thing happens with magic, which I attribute to things a power they do not have. For example, carrying a horseshoe because it gives you luck is a lie, “he said.

3. Those possessed have specific behaviors

To identify a possessed person, Fr. Lopez said that it is possible to observe in her that on occasion “he begins to scream, to bark like a dog, to speak or to move and to drag himself like snakes on the ground. There are a thousand ways . ”

It may also occur that ” listen to voices, feel hatred, or reject God, before you believed and now kick the Bible. They are people who have terrible back pain, but the doctors say they are perfectly fine . ”

” The damages of Satan are out of the medical order. People who have permanent diarrhea and do not improve with anything; people who experience eye pain and ophthalmologists do not diagnose anything. These are damage that science can not identify . ”

4- Exorcism is a divine mandate

Regarding his appointment as an exorcist several decades ago, he said it was “out of necessity,” after seeing “very serious and painful cases.”

” A fellow priest who was involved in this showed me that fighting the evil was a must. He said to me, ‘You have to be involved in this by the command of the Lord . ‘ The three mandates are to take the word of God, heal the sick, and cast out devils. The three are in effect in the church . ”

On one occasion, he recounts that an 18-year-old boy pushed five very large and heavy stalls ” that not 10 people could have gotten . ”

“He had terrible force. We had to get him three people to practice the exorcism. With the presence of the Other, something can be explained. May they climb the walls, yes; and fly too. ”